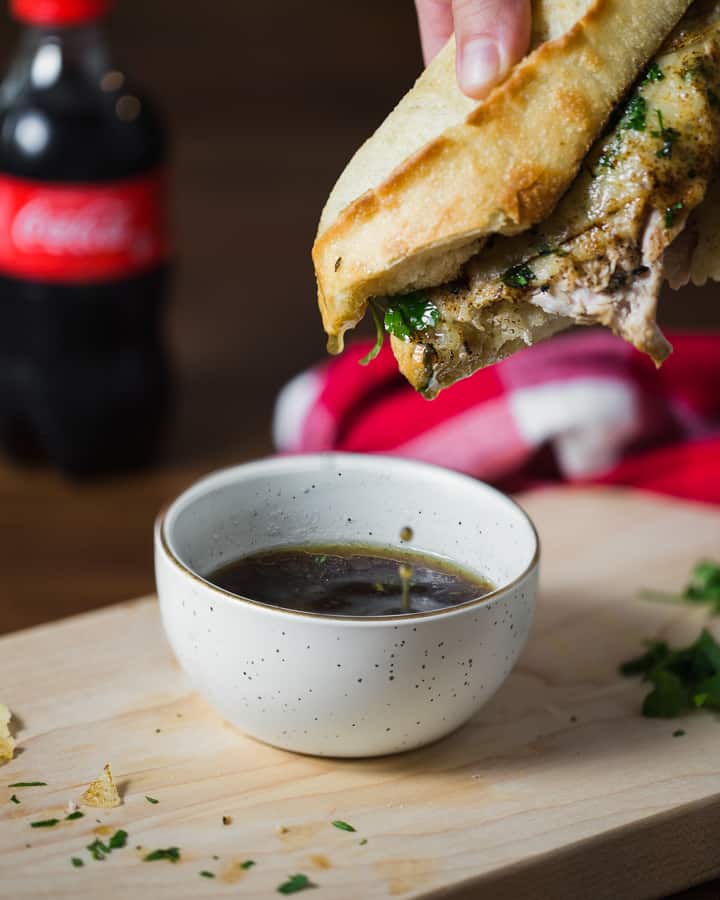 For the turkey: In a small mixing bowl, mix together the softened butter and fresh herbs. Season with salt and pepper and set aside.

Spread the chopped onions over the bottom of a slow cooker. Pour the chicken stock and Worcestershire sauce into the slow cooker. Sprinkle the turkey with salt and pepper. Slather the turkey breast with herb butter, spreading half under the turkey skin. Place the turkey on top of the onions, breast side up. Cover and cook on high for 4 to 6 hours, checking it after 4 hours to see if the internal temperature has reached 170 degree F. Once the turkey reaches 170 degrees F, remove it from the slow cooker, transfer to a cutting board, tent with aluminum foil and allow to rest 10 minutes before slicing. Reserve any juices from the slow cooker. After the breast has rested, remove the skin and slice very thinly using a sharp knife.

For the sandwich: Preheat the broiler. Brush each side of the sliced bread with the softened butter and place on a baking sheet, buttered side up. Top each buttered baguette with sliced cheese. Place under the broiler until the cheese melts and begins to turn golden brown.

Carefully remove from the oven. Pile the sliced turkey on the bottom half of each sandwich before topping it with the cheesy top. Serve the turkey au jus left over in the slow cooker for dipping.